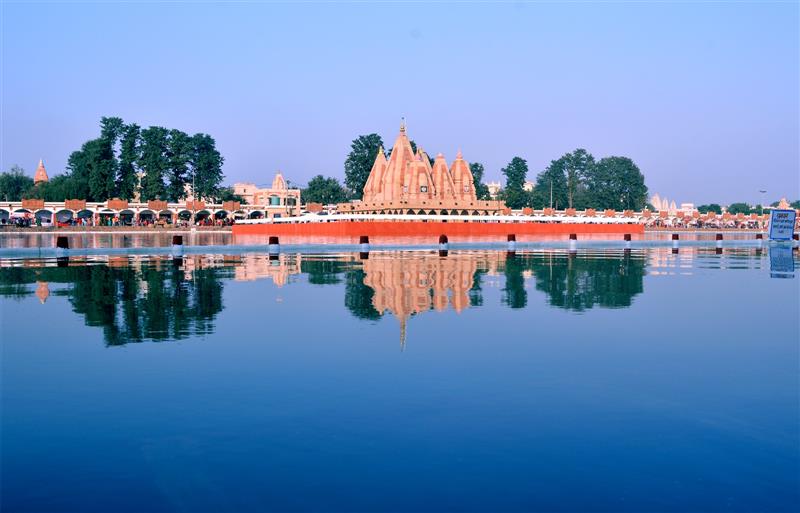 In 2017 it was decided to get a permanent show so that there is no need to make temporary arrangements during the International Gita Mahotsav. The multimedia show was to be developed by India Tourism Development Corporation (ITDC) and a tender was also awarded to a company in 2020, but the whole project stopped because of the objection related to the base of the structure.

To improve the safety of tourists and worshippers, the government had decided to introduce a security system with advanced CCTV cameras with artificial intelligence for surveillance and facial recognition technology. No less than 118 cameras covering an area of ​​approximately 400 acres are to be installed.

Madan Mohan Chhabra, Honorary Secretary of Kurukshetra Development Board (KDB), said, “Both projects are very important for KDB. While the show will help us increase the nighttime attraction and attendance of Brahma Sarovar, the advanced security system will help us enhance the safety of hundreds of thousands of tourists and worshipers who arrive here every year. Both projects have been delayed and we are taking up the matter with the Department of Tourism. Le Xen, Department of Tourism, Gautam Kumar, said, “Due to a delay in the multimedia show project, the department requested ITDC to refund the budget. Since a tender has already been awarded, it takes a while to complete. ”