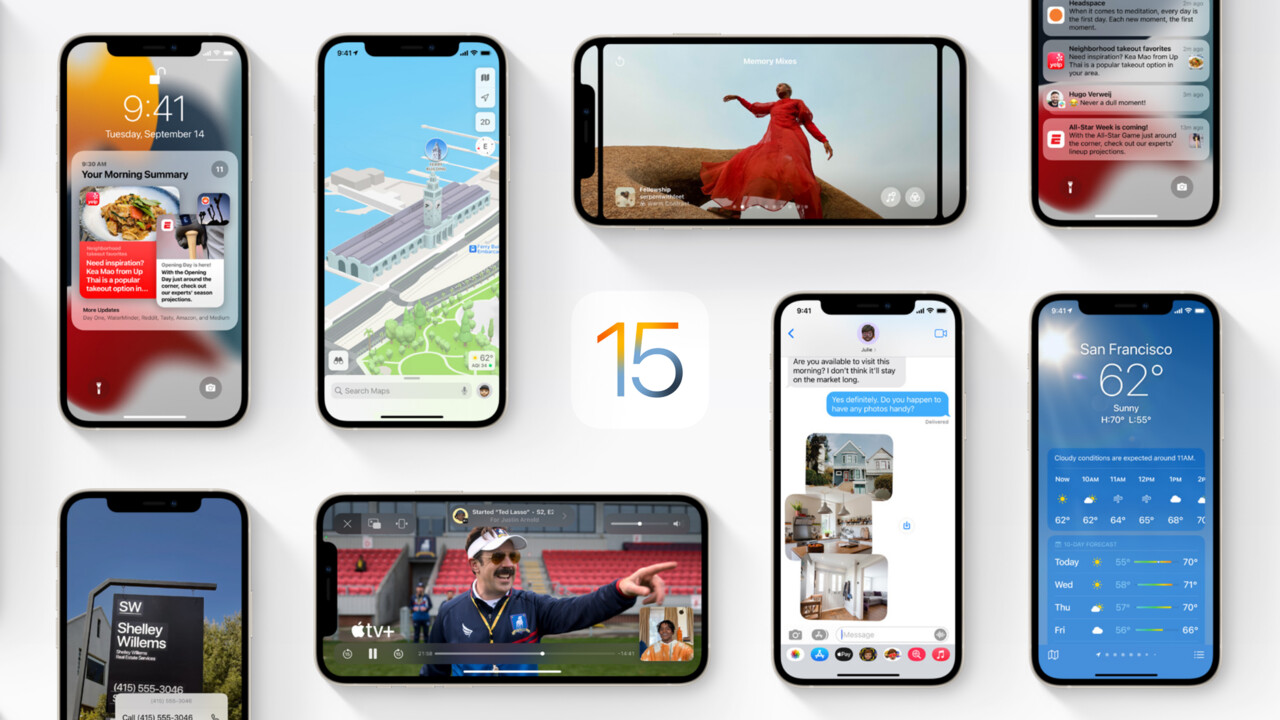 Apple updates its operating systems iOS, iPadOS, macOS, tvOS, HomePodOS as well as the Apple Studio Display (test) with updates to new versions or new firmware, but there are still some problems. In terms of quantity, Apple has been working hard and updating all supported platforms.

Gentle product maintenance for all platforms

In addition to iOS 15.5 available on iPhone 6S, first-generation iPhone SE, iPadOS 15.5, and macOS Monterey 12.4 desktop operating system, Apple is also updating the driver for the Apple Watch , Apple TV and HomePod, and firmware. for Apple Studio displays, which continue to have issues. With webcam quality even with the latest firmware 15.5.

As usual, Apple is releasing the following new operating system and firmware versions in waves:

The corresponding iOS 15.5 and iPadOS 15.5 sample shows that almost all updates have received minor improvements below the surface and the Apple Cash wallet app, not available in Germany, has been slightly modified.

iOS 15.5 has also been released for the last iPod ever created, the seventh generation iPod Touch. Apple is only selling remaining stock of the portable media player and has halted production.

The new firmware does not improve the webcam much

The new 15.5 firmware for the Apple Studio Display may slightly improve the image quality of the built-in webcam, which should perform very well with its 12-megapixel sensor, AI-powered tracking mode (“Center Stage “) and the powerful A13 Bionic.

Using a beta 15.5 firmware image comparison, the developer managed to James Thompson Earlier this month, it showed that the display’s webcam, which costs at least $1,749, still couldn’t keep up with the iMac Pro’s fairly standard webcam.

(Stills were cropped from videos recorded in QuickTime Player, before and after the patch) pic.twitter.com/Fg6gOEdb3k

iOS and iPadOS 16 on the horizon

iOS 15.5 and corresponding operating systems may be the latest versions of the 15.x development branch. Just in time for the WWDC 2022 internal developer conference, which will take place mostly online from June 6-10, Apple will release the first developer previews of iOS 16 and iPadOS 16 and their derivatives.

Additionally, macOS Monterey 12.4 is the minimum system requirement to use the new 15.5 firmware update for the Apple Studio Display.

Users who want to use Universal Control between Mac and iPad or macOS and iPadOS should update both systems to the latest software.