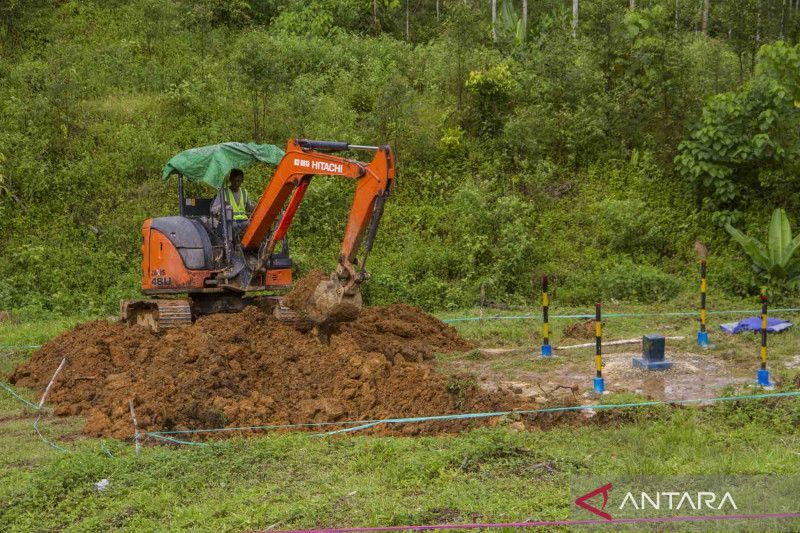 Understand the four components of Nusantara’s defense and security system

The capital, as the heart of the nation, should have a strong defense and security system, especially amid escalating political unrest around the world.

This is reflected in the conflict between Russia and Ukraine and in the way the Taliban succeeded in occupying Afghanistan.

The tactic for occupying a nation often revolved around occupying the capital. This shows that the capital is a vital region for the sovereignty of the nation, including Indonesia.

Currently, after the ratification of the National Capital Law No. 3 of 2022, the Indonesian government will officially move its capital from Jakarta to East Kalimantan.

The preparations made by the government to facilitate the relocation process should not be ignored.

One of the preparations that has become the focal point of the relocation is the creation of a master plan for the defense and security system of the last Indonesian capital, Nusantara.

Indonesia cannot underestimate the importance of a defense system for the new capital system, especially because of the various threats to this relocation.

For example, the new capital shares a 2,062 km land border with Malaysia, and it also lies within the radius of the intercontinental ballistic missile, or ICBM, and hypersonic missile that some nations possess.

To this end, the government, together with its supporting institutions, has formed a security and defense system for the national capital which uses four main components: intelligence, defence, security and the cyber component.

The government uses these four main components as the pillars of the Indonesian defense and security system.

Specifically, they are based on a study regarding the defense threat and security disruptions that may occur in the nation’s capital.

The function of this component is to detect threats and challenges in advance and then provide early warning to related parties to undertake prevention, deterrence and mitigation efforts.

Intelligence officers on duty will provide analysis of the situation and recommendations regarding the most specific action and policy to be taken by the government.

The second part revolved around the defense.

The task of the component is to enforce the Sishankamrata doctrine while deploying the national defense strategy that utilizes the full strength and capability of the military and non-military components in a comprehensive and integrated manner.

A community and regional deterrence strategy is deployed by this component.

The Sishankamrata also involves all government institutions to participate in a comprehensive manner in guaranteeing the security of the nation.

The nation’s defense posture has the capability to conduct operations of deterrence, denial, destruction, recovery, and non-warfare (OMSP).

The defense component is responsible for analyzing the mission, developing a plan of action (COA), and implementing the COA.

The third component revolved around security.

While defense security is more about protecting the sovereignty of the nation from military attacks, the security component is more oriented towards the internal security situation.

This component supports smart security, especially the modern city security system based on advancements in technology, community involvement, and the inclusion of a home security partner.

Intelligent security has two purposes of digital security and personal security. The government expects that with the security guarantee of these two targets, the nation’s capital can become a safe and peaceful city.

In general, the smart city service requires high data availability. It has become a vulnerability that must be protected as well as possible. To this end, cybersecurity is a high priority issue for the government.

Widyatmoko pointed out that to formulate the capital’s defense and security system master plan based on these four components, the government uses a guideline in the form of cost-effectiveness and quality expenditure.

He expects the capital’s defense and security system master plan to work effectively and manage various forms of threats and disruptions that may endanger Nusantara in the future.