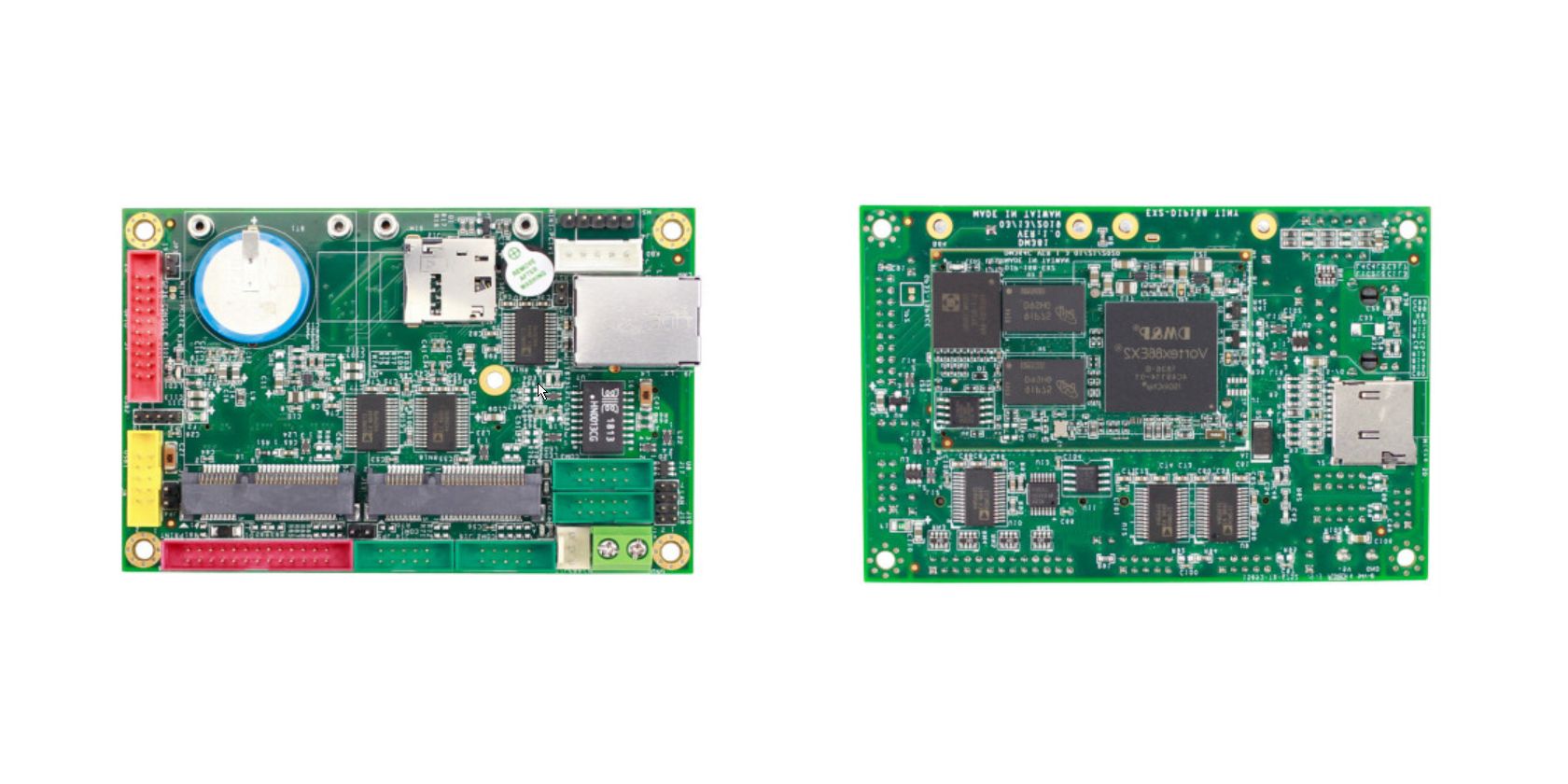 The VEX2-6415 from Taiwanese manufacturer ICOP is a unique single board computer (SBC). It includes the Vortex86EX2 system-on-chip (SoC), which runs BIOS- and OS-independent instances on each of its dual cores.

The VEX2-6415, announced in an article on the ICOP website, is the first to feature the new Vortex86EX2 SoC from chipmaker DM&P. As the name suggests, it’s an x86 chipset, allowing two Intel-based operating systems to run simultaneously, each with an independent BIOS.

The “master” core runs at 600 MHz and is offered as a user interface driver, while the 400 MHz “slave” core takes care of real-time input/output (I/O) of sensor data and material return. Memory and I/O can be assigned to either core, providing many configuration options.

This hardware configuration is not new, but running isolated environments without any kind of hypervisor or multi-core solution is a new approach.

There are several notable features of the VEX2-6415 development board, but the ability to run two separate operating systems, even mixing embedded Linux and Windows versions, is both unusual and compelling.

The fact that it’s x86 is also a bonus, as it will run Windows Embedded Compact 6 and 7 natively, saving you the incompatibility issues you encountered when installing Windows 10 on the Raspberry Pi or other Arm Cortex-based computers.

The chipset of the VEX2-6415 places it as something new in the world of embedded hardware. It might not be the first to feature dual independent CPUs, but it’s certainly the first to pack it into a 100 x 66mm development board ready for wider use.

The only shore connector present on the card is an RJ45 connector connected to one of the two 10/100 Ethernet interfaces of the VEX2-6415. Everything else is exposed via headers or its two mini-PCIe slots.

The full range of specifications gives developers plenty of options to work with:

A versatile SBC for harsh environments

There is currently no pricing information listed on the ICOP product page for the VEX2-6415.

However, price permitting, its low power consumption, wide operating temperatures, and extensive configuration options will make it a welcome addition for industrial and Internet of Things (IoT) application developers.

Ian Buckley is a freelance journalist, musician, performer and video producer living in Berlin, Germany. When he’s not writing or performing, he tinkers with DIY electronics or code in hopes of becoming a mad scientist.

Definitely not Windows 95: what operating systems allow things to run in space?