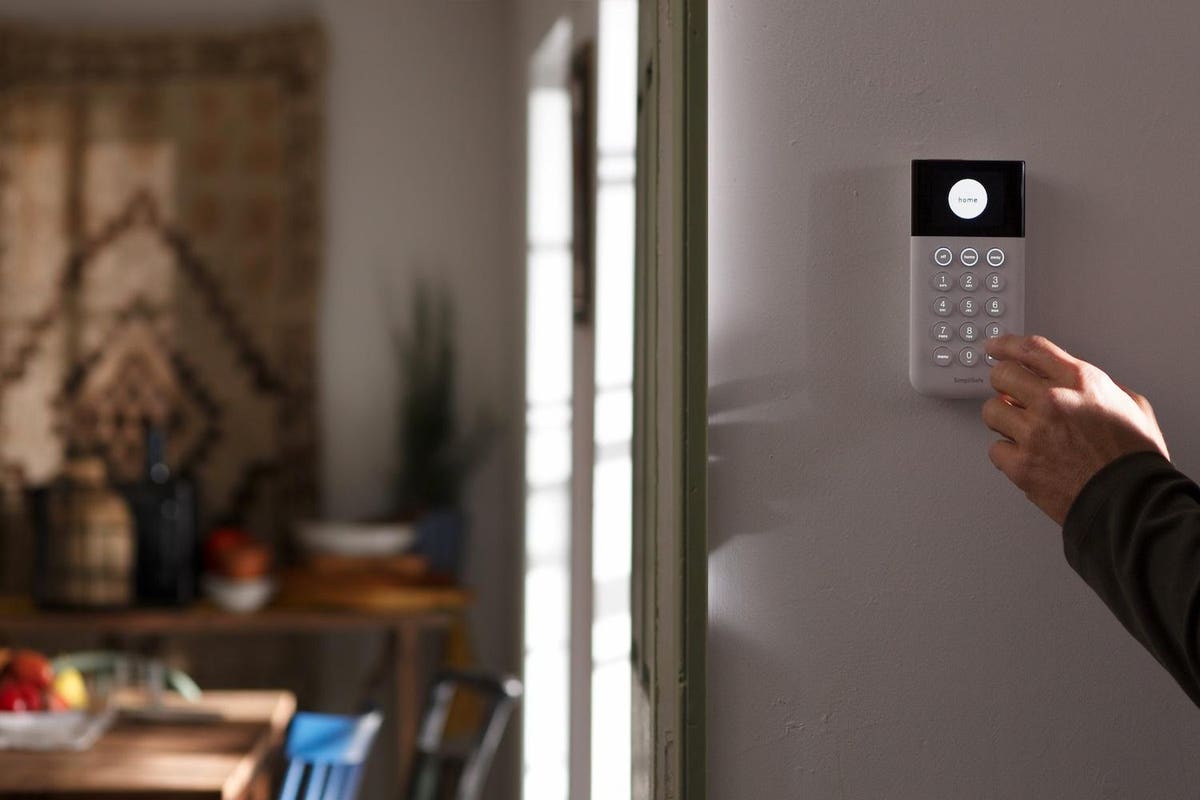 Once upon a time, home security was something for the rich. The systems were expensive, and many people did not have enough assets to justify the investment in a sophisticated burglar alarm. Times have changed, many of us have consumer goods and technologies worth protecting, especially in a world that experiences increasing levels of crime with each passing year.

The advent of the Internet has changed everything. Communications are now much easier, and the constant nature of the Internet greatly facilitates the continuous monitoring of a property. I had never looked at a security product before, but with the continuous improvement of smart technology and the development of a common set of standards, I thought it was time to take a look at a typical system. on the market that can become a whole home security system. it’s affordable, reliable and, most importantly, easy to use and install.

SimpliSafe is one such system and a recent press release for the brand’s new outdoor security camera sparked my interest in knowing exactly what was on offer. SimpliSafe operates in several markets, including the United States and the United Kingdom. A Basic SimpliSafe Starter System offers the kind of features most people need in a basic package that is easy to install and can deliver reliable performance with the ability to capture high quality images as well as sensors. monitoring for a wide variety of security situations.

If a sensor is triggered, the base station can trigger a 95dB siren so everyone knows locally that there has been a security breach. Although a basic system does not need a monitoring program, it is best to enroll in one of the professional follow-up plans. If any of the sensors or cameras around the house are triggered, the base station will send a signal to SimpliSafe via the internet or even a built-in cellular connection.

Probably the most popular sensor for use with the SimpliSafe system is one of the company’s indoor or outdoor cameras. The SimpliSafe Wireless Outdoor Security Camera is designed to stop crime before it happens by providing 24/7 visibility around the outside of the home. The camera has an adjustable magnetic mount and does not need any wiring. Almost anyone can install one in a matter of minutes.

The camera is powered by a removable, rechargeable battery that can run for three to six months on a single charge. The time will depend on the system settings and the location of the camera. For example, an occupied area will trigger the camera more regularly and therefore the battery will not last as long before it needs recharging. Fortunately, additional battery packs can be purchased so the batteries can be swapped out for continued coverage without any downtime for recharging.

The wireless outdoor security camera provides video quality high enough to make it highly effective. The lens coverage is an ultra-wide 140 Â° view, so fewer cameras are needed to cover a large area. The video quality from the camera’s image sensor is 1080p HD and there is also 8x digital zoom. The overall housing design is rugged enough to keep working in any weather with a water and dust resistance rating of IP67. A sleek black and white design allows it to blend into the exterior of a home and there is even support for color night video with a bright spotlight and infrared night vision.

Additionally, the SimpliSafe camera can have a defined surveillance area so that the camera is not triggered by daily activity outside the perimeter of the property. Intelligent person detection is also available with surveillance plans. Movements can be detected at distances of up to 30 feet and activity is automatically recorded for evidence. There is also no-latency two-way audio, so the camera can be used as an input device. For a strong Wi-Fi signal, the camera is equipped with two antennas.

For cameras mounted high in an inaccessible location, there is a solar panel option that can recharge the camera battery in situ. Three hours of direct sunlight per day is enough to recharge the battery. A solar panel seems to me to be a good option and saves the use of a ladder to change the batteries in the camera every three months.

In addition to connecting to cameras, the SimpliSafe base station can connect to other sensors such as window or door sensors that can trigger the alarm or send an alert to the monitoring center if a door or window is open during your absence. System setup is straightforward and there is a SimpliSafe app where you can monitor camera images and manage the system. The system is â€œarmedâ€ using a coded wireless keypad that can be placed anywhere.

If you want to be ultra-secure, the SimpliSafe system can be extended to cover virtually any eventuality. For example, you can add additional sirens or even a panic button. SimpliSafe also works with a wide range of sensors to detect things like broken glass, movement, smoke, water, or even temperature. If you are one of those people who travel regularly and leave their house empty, you can ask the system to alert you or alert the monitoring center in the event of a pipe burst, fire, damage caused by freezing or break-in. The panic button option could bring peace of mind to households of people who may be vulnerable.

Other features included in the professional surveillance program are unlimited offsite video recording, integration with smart home systems from Alexa, Google and Apple. Alerts can be sent by phone call or SMS while the link to the monitoring center is provided via the Internet.

If an intruder tries to deactivate the security system by cutting the home telephone line, a back-up SIM card can come into action and continue to relay information to the monitoring center. One sneaky little feature that I particularly like is the Secret Alert feature which can secretly alert you when a motion detector is triggered in a particular location. For example, you can place a sensor on a particular door to a room, a desk drawer, or even a cabinet. The moment the sensor is triggered, the system alerts you. It can even tell you every time the system is armed or disarmed so you know exactly who is coming or leaving

Verdict: The SimpliSafe Security System is a remarkably flexible and versatile whole home way to protect a property, whether it’s a home or an office. I especially like the fact that it’s easy to set up and relatively affordable. It’s also scalable so you can start with one or two cameras and maybe add motion sensors, indoor cameras, entry sensors, and smoke detectors. There’s even a key fob available so the system can be turned on and off without needing to use the system keypad. Providing 24/7 surveillance by real humans is worth putting in place. It can even help lower your home insurance premiums. The SimpliSafe system seems efficient and easy to set up, plus the price is affordable. Scalability is so appealing with flood, fire, and other environmental monitoring covered.

Availability and prices: Every SimpliSafe system comes with a base station, wireless keyboard and SimpliCam at its heart and prices start at Â£ 279 ($ 299). Additional sensors and detectors can be added to suit the layout of different homes. Prices for individual sensors are available on the SimpliSafe website. Professional surveillance programs start from 44p per day, with a full Pro Premium subscription reaching 66p per day, which covers the user for virtually any eventuality and SimpliSafe will even send a guard, if needed, although there is has an additional hourly cost for this. . You can decline the additional charges by choosing not to use the on-call sending option, even on the Pro Premium plan.