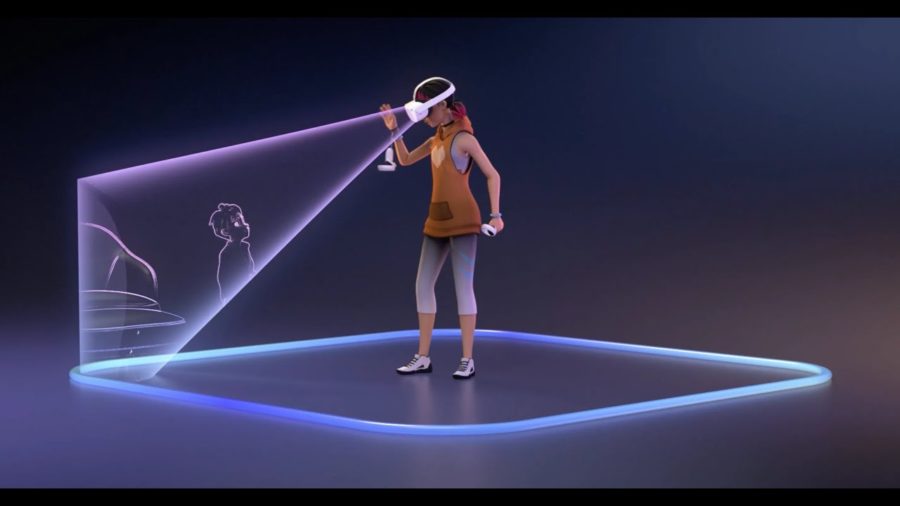 November 3, 2021 – Oculus announced this week that it will begin rolling out a new software update for its Quest line of virtual reality (VR) devices. The highlights of the v34 update include more versatile voice commands, a major upgrade to Quest’s Guardian with a new feature called ‘Space Sense’, and Android users will now be able to see notifications from their phone in VR.

With v34, voice commands on Quest are improved to make them more capable of handling day-to-day tasks, according to Oculus. Users can now pause and play media in Oculus TV and other selected apps using their voice. Voice commands can also now be used to show or hide stats in Oculus Move, open Settings tabs (for example, jump straight to WiFi options), and even to answer simple questions like checking the weather for example.

A complete list of voice commands that users can now use can be found here.

Additionally, for users who share their devices and have set up multi-user accounts, notifications will be kept separate and secure from any sub accounts on the same Quest device. Alternatively, users can always change settings on the Oculus app or in the headset and turn off notification sharing.

Space Sense is an update to Quest’s Guardian system that allows users to see when objects or people enter their Guardian perimeter. Other people, large pets, or items that have been moved out of their usual location will now be highlighted in users’ headsets, surrounded by a pink glow.

According to Oculus, this feature has been in high demand and the company is still actively working on improving Space Sense. It is therefore deployed in v34 under the Experimental Features tab in the quest settings.

Earlier this year, Oculus offered an experimental Passthrough API to developers, allowing them to create new mixed reality experiences that integrate virtual content into a user’s physical environment. Now, with the next version of the SDK, developers will be able to send their mixed reality apps to both the Oculus Store and the App Lab. Experiences from Unity Labs, Spatial, YouTube VR and more will be available soon.

Oculus added that it is already working on the next generation of related technologies, including space anchors, scene understanding and the rest of the capabilities of its presence platform that will further align the company’s technology with its metaverse vision.

Finally, Oculus added that it hopes to have another software update before the end of 2021, with more details on that to follow.

Sam is the founder and editor-in-chief of Auganix. With a background in research and report writing, he covers news articles on the augmented reality and virtual reality industries. He’s also interested in human augmentation technology as a whole and doesn’t just limit his learning to the visual aspect of things.

The latest iPhone software update let everyone say the same

County Special District is looking for software update and services