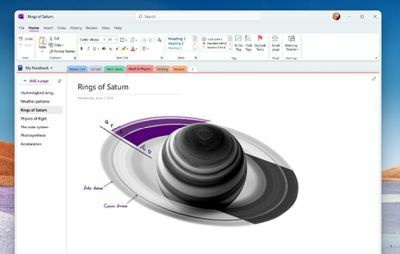 Microsoft will end OneNote for Windows 10, the OneNote app built into Windows 10, at some point in the future. The company continues to use the other OneNote app it owns, which can also be installed as a standalone app.

OneNote for Windows 10 users will receive an invitation to update to a universal OneNote app in the second half of 2022, when it will be an updated version of Microsoft’s other OneNote app. who – that Microsoft mentioned.

There are currently two OneNote apps for Windows. There is OneNote for Windows 10 which comes standard in Windows 10 and can also be downloaded from the Microsoft Store. It will go away. In addition, there is OneNote, which is part of Office 2019 and Microsoft 365, but whatever free desktop app it can be installed on all supported versions of Windows as well.