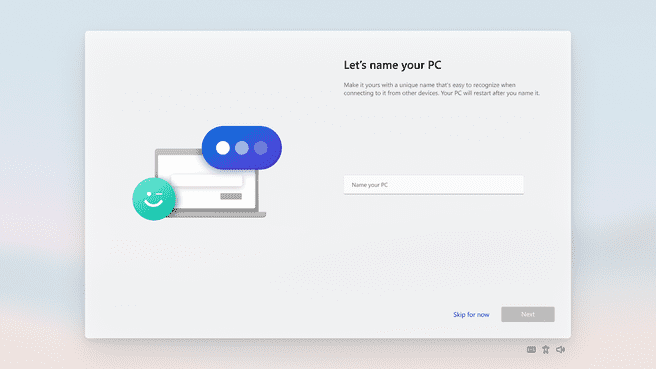 Microsoft has released ISO files to create a preview of Windows 11. Anyone with access to the Windows 11 Insider program can download the ISO files and perform a clean install with them.

This is Windows 11 version 22000.132 whose ISO files are now available, writes Microsoft Blog. This is not the latest version with 22000.160, but it allows a clean installation of the operating system.

Until now, the preview version only allowed upgrading from an installation of Windows 10. With ISO files, Insiders get a “plug-and-play experience”. This means that during installation, users will be presented with a new setup menu to configure a Windows device.

The version that can be installed with the ISO files does not contain the new changes in Preview-Build 2200.160. According to Microsoft, this new design fixes issues with the taskbar where the report location icon remains visible when turned off in settings. Microsoft has also started testing to show how long it takes to update. Currently, this feature is only available for computers with an SSD drive.

It is not yet known when Windows 11 will be released. However, there was a possible release of Hints A in October, but Microsoft has yet to make an official announcement.