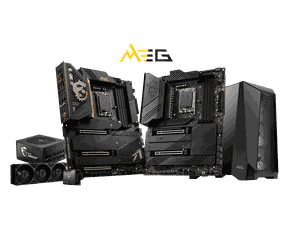 Many manufacturers have announced their first motherboards with the Z690 chipset. These support the Intel Alder Lake desktop processors revealed on Wednesday. The first Z690 motherboards will make their debut on November 4, along with the first Alder Lake chips. No price has yet been announced.

Upcoming motherboards are based on the new Intel Z690 platform, which includes PCIe 5.0 support. The Intel Alder Lake processors themselves contain sixteen PCIe 5.0 lanes and four PCIe 4.0 lanes. The processors also officially support dual-channel DDR4-3200 or DDR5-4800 memory. Many manufacturers offer Z690 motherboards with DDR4 or DDR5 support. No motherboard has yet been announced capable of handling both memory standards.

ASRock comes with thirteen Z690 series motherboards. The highest model for this is again Taichi. The Z690 variant of this series has two x16 slots that can use PCIe 5.0, as well as one PCIe 4.0 x16 slot and one PCIe 3.0 x1 slot. The Z690 Taichi also supports DDR5 memory with overclocking up to 6400MT / s. The ATX motherboard also has two USB 4.0 Type-C connectors with Thunderbolt 4 support, as well as Wi-Fi 6E.

Of all Z690 motherboards released by ASRock, only the Z690M Phantom Gaming 4 does not support PCIe 5.0. The same motherboard only supports Gigabit Ethernet. The rest of ASRock’s offerings feature 5.0 x16 and 2.5 Gbps PCIe Ethernet slots. With some gaming motherboards, ASRock also offers GPU bracket which can be installed on the right side of the motherboard and supports large and heavy video cards.

ASUS also offers various Z690 motherboards, which are divided into different series. ASUS no longer uses Roman numerals in its ROG Maximum series this year. Normally, this generation of Maximus motherboards is known as ROG Maximus XIV, but ASUS has chosen to refer to these motherboards only as â€œMaximus Z690â€.

In the slightly lower-rated ROG Strix series for gamers, ASUS is also launching five motherboards. Among other things, the company offers the Strix Z690-A D4 with DDR4 support. The Strix Z690-E, -F, -G and -I come with standard DDR5 slots. The latter, the Z690-I, has a mini-ITX form factor and surprisingly offers two built-in M.2 slots, which overlap with a sort of two-stage cooler. At the same time, the SATA headers and the front panel are located on a small expansion card.

ASUS also provides certain ROG Maximus and Strix motherboards with a “PCIe Q-Release” button. This should make it easier to remove video cards from the motherboard when a large air cooler is installed.

ASUS launches the Z690-Plus and Z690-Plus Wi-Fi in the TUF Gaming series. These motherboards support DDR4 and benefit from 2.5 Gbps Ethernet and Wi-Fi 6. ASUS offers no less than four variants of the Prime Z690-P, which vary in terms of DDR4 or DDR5 memory. and Wi-Fi support. Finally, the manufacturer offers a dedicated ProArt motherboard for creators It supports 10 Gb / s Ethernet and Thunderbolt 4, among others.

Gigabyte also mentions the Gaming X motherboard with DDR4 memory and several ultra-durable motherboards, with DDR4 or DDR5 slots and optional Wi-Fi support. All GIGABYTE motherboards support Q-Flash Plus, which allows you to update the BIOS without having to install any CPU, memory or video card.

MSI also distributes the files are Z690. motherboards from four different series. The company offers, among other things, several MEG Unify motherboards, which feature a black design without RGB. According to MSI, these motherboards are for overclocking. MSI also ships with a mini-ITX variant of the Z690 Unify. These unified motherboards feature Thunderbolt 4 ports, USB 3.2 Gen 2 Ã— 2 connectors, and DDR5-6666 support. In the same MEG series, the company introduces the Z690 ACE, which also supports DDR5 at 6666MT / s and provides two Thunderbolt 4 connectors. MSI also reports that this model has five M.2 slots, four of which support PCIe 4.0.

In the MPG series, MSI offers Carbon, Force and Edge motherboards. The DDR4 variant will come from Edge, and the rest will only be available with DDR5 slots. The MPG Carbon and MPG Force, on the other hand, will receive five M.2 slots and two x16 x16 slots supporting PCIe 5.0, while the Edge variants have room for four M.2 SSDs and one PCIe x16 slot. There will also be an EK X carbon variant, with an integrated EKWB waterblock.