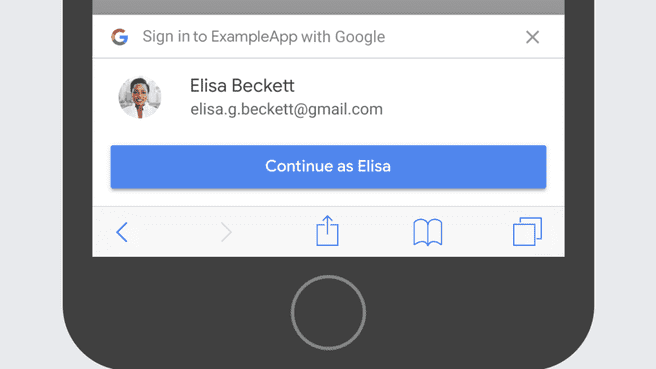 Google has released a new set of APIs for logging in through Google services. Developers can allow users to sign in through One Tap, which is a simplified version of Sign in with Google.

The new SDK is called Identity Services, consists of several APIs for connecting to external websites. Identity services include Sign In with Google, which is a sign-in button that allows users to sign in to external sites like Reddit with their Google account. The button doesn’t change anything in terms of functionality, but the appearance does. The button contains the user’s name, email address, and profile picture.

New to the SDK is One Tap. The company announced this last year as a beta, but the feature is now widely available. One Tap is similar to Sign in with Google, but is primarily intended for mobile sites and apps. It is a prompt that traverses the screen so that users are not redirected to an external page. Google Sign in and One Tap both use tokens so users can sign in without having to enter their passwords first.

According to Google, One Tap already works with websites like Pinterest and Reddit. The feature is available on Chrome for Android, Windows, Linux, and macOS. Does not work on Safari on iOS. Google says this is due to Apple’s Intelligent Tracking Prevention feature in newer versions of the Apple operating system.