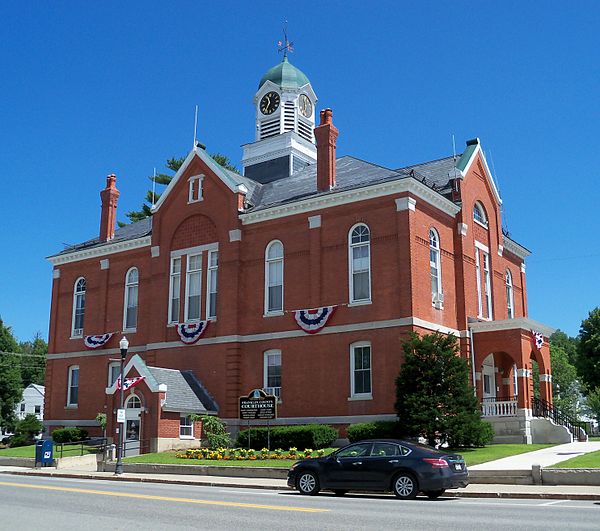 FARMINGTON — Freeman Township’s Bob Carlton recently took over Clyde Barker’s seat for District Three on the County Board of Commissioners, after Strong’s Clyde Barker resigned his seat in early June.

This will likely change significantly when two more commissioner seats and districts are added.

Commissioner Terry Brann of Wilton expressed concern about the way the request was handled last week, saying all their decisions must be made in a public setting.

Brann is opposed to vacations, he said. “I think many states are against it. They don’t follow the government. I think it’s just another government holiday. He acknowledged Commissioners Carlton and Lance Harvell of Farmington had come out in favor of the party, but reiterated that the decision had to be made publicly.

There were fears of losing services and money by adding another holiday. Bernard said that since banks and post offices, as well as state offices, are typically closed on state and federal holidays, productivity in the offices would be limited even if they remained open.

Harvell and Carlton voted to establish the June 19 holiday in the county.

Elsewhere, an unexpected complication created a significant roadblock for the American Rescue Plan Act-funded project to improve the county jail’s security system. Previously, contractors had been invited to visit the jail site and sheriff’s office staff had been asked to obtain information from other county jails on which contractor they preferred. With this second set of information, it became clear that they were comparing apples to oranges, according to ARPA consultant Sue Pratt. One contractor was proposing to repurpose existing wiring for the security system while the other was proposing entirely new wiring.

The Commissioners rejected the entire bidding process and agreed to return it to the bidding with a much more detailed plan and project plan.

The school route in the canton of Madrid was a subject of discussion during the meeting. One owner believed the county owned the bridge over Schoolhouse Road and the county should perform repairs and maintenance. While Bernard agrees with the commissioners that there is no evidence that the county owns the bridge, the county attorney recommended that a full investigation be undertaken so that the county has strong evidence for support his position.

However, the city archives were burned years ago, so any available reports will likely be in state or university libraries. Maine Local Roads has no record of the county-owned bridge, the bridge does not appear in the county’s road and bridge inventory, and there is obviously no record of the county paying money to make repair the roads on the bridge. last two decades.

The commissioners decided not to move forward and agreed to see if owners seeking repairs from the county on the road made a move.