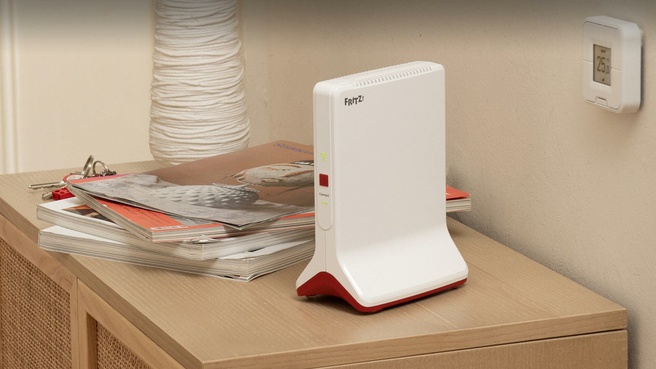 AVM has launched the FritzRepeater 6000, a 3D WiFi network repeater with twelve antennas suitable for WiFi 6. The repeater offers WiFi speeds of up to 6 Gbit / s and is equipped with â€œSmart WiFiâ€ for televisions and consoles. Recommended retail price of â‚¬ 219.

The FritzRepeater 6000 is the latest model from AVM and the successor to FritzRepeater 3000 of 2019. The new model has twelve antennas and three radio transmitters, two at 5 GHz and one at 2.4 GHz. The AVM thus promises 2400 Mbit / s per transmitter on the 5 GHz band and up to 1200 Mbit / s per transmitter on the 2.4 GHz band. That said, the AVM says it can achieve Wi-Fi speeds of up to 6 Gbps with support for Wi-Fi 6 and older Wi-Fi standards. One of the 5 GHz bands scanned for direct connection to a FritzBox router.

According to the manufacturer, the repeater is particularly well suited to simultaneously running different streaming apps and games, in part thanks to what the manufacturer calls â€œsmart grid technologyâ€. This technology will include a combination of WIFI router, network, automatic channel selection and cross repeat, so that the devices connect to the optimal wireless access point. The repeater also supports WPA3. AVM promises to provide the repeater with regular operating system updates, and users have a five-year warranty. The recommended retail price of the FritzRepeater 6000 is â‚¬ 219.