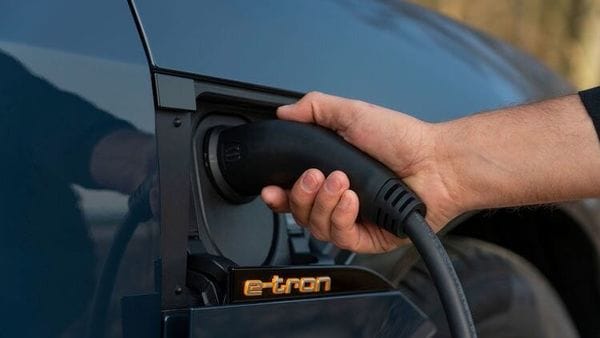 Audi has added an additional single charging range of up to 20 kilometers for its e-tron 55 quattro electric car via a new software update in international markets. Audi e-tron customers of the 2019 and 2020 model years will be eligible for this update and will be able to enjoy increased range on long journeys.

The update can be installed free of charge by visiting Audi service centers.

That’s not all. With this update, the German automaker has also increased the usable capacity of the high-voltage battery of the electric vehicle, so that the 95 kWh battery of the Audi e-tron 55 quattro delivers more net usable power – 86 kWh of capacity, therefore resulting in increased range. The software update can be installed on all Audi e-tron 55 quattro series vehicles built between mid-September 2018 and the end of November 2019.

The new software update also optimizes the control of the front electric motor, which improves efficiency. The front electric motor is now almost completely disconnected and turned off – and it is only when more power is needed that both motors come into play. This allows the major advantage of the asynchronous motor concept to be exploited even more efficiently.

Audi has already exceeded 100,000 units of sales of the e-tron 55 quattro electric car. The model even became the best-selling car on all types of driving last year in Norway.

How to have two operating systems on the same PC: Windows 10 and Windows 11