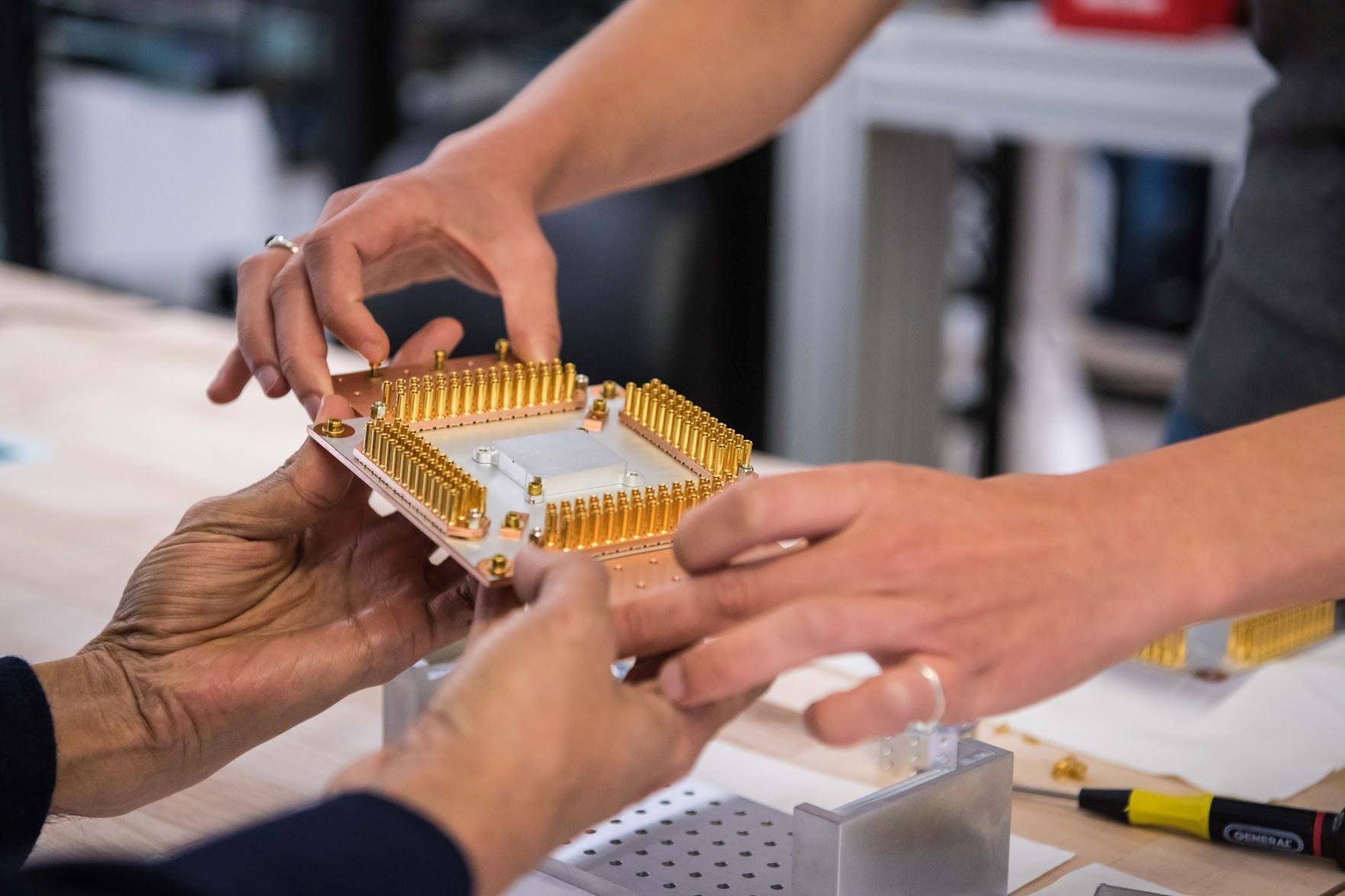 Abu Dhabi’s Institute for Technological Innovation (TII) unboxed the cryostat – the initial framework for its quantum computer which is being assembled in the capital of the United Arab Emirates.

TII’s Center for Quantum Research (QRC) is spearheading the cutting-edge technology project that aims to give the world a quantum edge by developing a supercomputer with exponential computing capabilities.

The dilution refrigerator has six levels – the upper one is at room temperature, with the temperature steadily decreasing in the lower levels until the unit can reach the extremely low temperature of 10 Milikelvin (mK) – one hundredth of the temperature from outer space – this is optimal for the quantum chip to work.

A quantum computer uses quantum mechanical phenomena such as “superposition” and “entanglement” to generate and manipulate subatomic particles like electrons or photons – quantum bits also called “qubits” – to create processing powers. exponentially stronger and help perform complex calculations that would take much longer to solve, even by the most powerful classical supercomputers in the world.

Traditional computers use bits organized in combinations of ones and zeros, while quantum computers use qubits in which particles can exist in two states at the same time, increasing their computing power by allowing them to evaluate multiple outcomes. at a time.

Abu Dhabi is building the quantum computer in collaboration with Barcelona-based Qilimanjaro Quantum Tech. The quantum computer, once it takes shape, can prove invaluable in a variety of fields – from discovering new drugs, to designing better batteries, to multiple artificial intelligence applications. – Wam