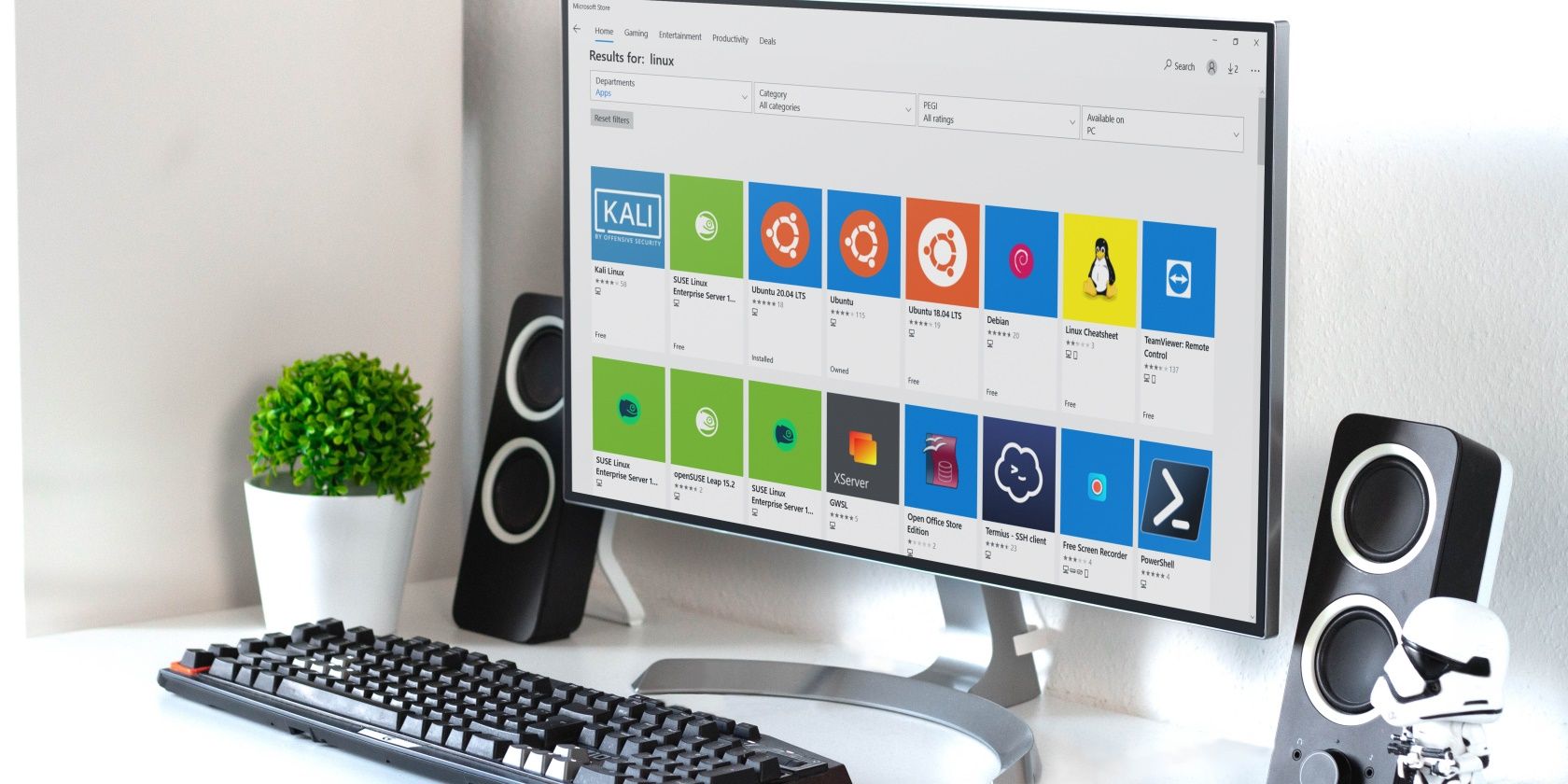 If you want to install Linux on a Windows computer, you’ve probably heard of the Windows Subsystem for Linux (WSL). But what versions of Linux does it work? Here we take a look at the Linux-based operating systems that you can run natively in Windows 10 with WSL, as well as how to choose a Linux desktop environment.

What is the Windows Subsystem for Linux?

A feature of Windows 10, Windows Subsystem for Linux is a compatibility layer that allows you to run Linux software in a Windows environment. Available for Windows 10 Home and later, WSL can be added to your system manually or by joining the Windows Insider program to preview new software.

Installing WSL gives you a Linux terminal for Windows

If you install WSL, you get a Linux terminal on Windows 10. This has huge benefits, ranging from running Linux software to providing a simple learning environment for getting to know Linux.

Read more: How to run a terminal with a Windows Subsystem for Linux

Of course, this is not the only way to get a Linux terminal in Windows. If you have a remote Linux machine running (maybe a Raspberry Pi), you can use PuTTY or Windows PowerShell, or any other suitable SSH tool for remote access.

However, Windows Subsystem for Linux is the best way to install Linux on Windows if you don’t have a suitable secondary machine.

Related: How to Use SSH in Windows 10

1. Install Ubuntu on Windows 10 with WSL

Perhaps the most well-known Linux operating system, installing Ubuntu on Windows 10 is easy with WSL.

Several versions are available, each with various utilities preinstalled. If the tools you are looking for are not available, they can probably be installed. Your choice of Ubuntu operating systems for WSL is:

The rolling version is regularly updated, but does not benefit from the Long Term Support (LTS) offered by older versions.

Also known as SLE, this server version of SUSE is suitable for various server-based purposes on your Windows PC. It features several server applications including PostgreSQL, Samba, and others. SUSE Linux Enterprise Server 15 is ideal as a test environment and as a full SLE server when running in the Windows Subsystem for Linux.

The version of SUSE Linux Enterprise Server 15 for WSL is SP1.

Another of the most popular Linux distributions available, this download adds Debian as an application to your Windows 10 PC running WSL. It provides a full Debian command line environment, giving you access to all familiar Debian tools. Need additional software? Just install it!

A Linux distribution intended for penetration testing, Kali Linux for WSL allows you to scan systems, switches, and other network hardware without having to install Kali Linux on a separate system. This is clearly a huge benefit for anyone whose day-to-day work involves penetration testing of networked hardware.

Note that running Kali Linux with WSL may trigger antivirus warnings in Windows 10. Make sure that software access is fully allowed through your security software for best results.

A less popular Linux desktop operating system, openSUSE on WSL provides a Linux environment for users who want a more reliable experience. Like the other examples here, it provides native command line tools for system administrators and can closely mirror a Linux server environment without relying on a virtual machine.

If your preference for Linux on Windows 10 is more of the Fedora family, you’re in luck. Fedora Remix for WSL is a dedicated version of the open source operating system.

Note, however, that it is released as a remix of the upstream Fedora Linux distribution for WSL. As such, this is a third-party version that is not endorsed by the Fedora Project or Red Hat, Inc.

Unlike the other operating systems listed here, Fedora Remix for WSL is a premium product, available at a one-time small charge.

Can you install a Linux desktop in WSL?

With a Linux operating system installed in WSL, you will have full access to the Linux terminal environment.

However, there is no desktop by default. The solution is to set up a desktop environment and use a Windows X server to access it through VNC. While this is an obstacle in the way of integrating Linux into Windows, it is a straightforward process.

Read more: How to run a Linux desktop using the Windows Subsystem for Linux

Most Linux desktop environments can work with WSL-based Linux installations. The example above shows that LXDE is running on Ubuntu on Windows 10 using WSL.

Once configured, you will be able to enjoy your favorite Linux desktop environment in a window on your Windows 10 desktop.

Install your favorite Linux distro on Windows 10 with WSL

While operating systems all install without a desktop environment, you can still add one. It can then be accessed via VNC, giving the illusion of a physical Linux desktop running WSL.

You are not satisfied with the choices offered by WSL? Maybe it’s time to consider installing Linux in a virtual machine.

Whether you’re looking for a 2-in-1 laptop and tablet, or find it easier to use a stylus, a touchscreen laptop might be the way to go.