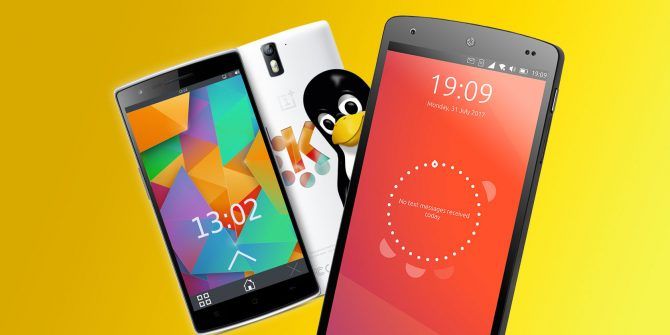 5 Linux smartphone operating systems to install on your device

Tired of Android? Don’t want to be locked into a proprietary ecosystem? Security and privacy are becoming more and more important to smartphone users, but what’s the answer?

Is it possible to ditch Android and iOS for another mobile operating system?

Ubuntu Touch’s approach to smartphones is smart, addressing the lack of apps by providing social, news, and photo tools natively. This is done in the form of Scopes, different home screen pages that provide personalized news, weather, apps, and social media.

It works well too, although there is always a point where apps are needed.

This is a system, much like Samsung DeX, in which the mobile device is connected to a wireless HDMI device, keyboard and mouse, and used as a desktop computer. The only real difference between this and your desktop Linux device is that the phone has an ARM processor.

Currently supported devices include Volla Phone, Fairphone 2, OnePlus One, and the BQ Aquaris tablet. Many other phones can run Ubuntu Touch – check out the list of supported phones for more.

Describing itself as “a true Linux distribution for phones”, postmarketOS (pmOS) is a version of Alpine Linux for smartphones.

After years of development, pmOS is currently in beta, to create a durable mobile operating system with long-term support.

A large number of devices can run pmOS, including Amazon Fire HDX and Google Nexus devices.

Jointly developed by Jolla, Mer (a middleware stack developer), the Sailfish Alliance (a group of companies) and community members, Sailfish OS is a continuation of the discontinued MeeGo operating system, itself based on Maemo and Moblin.

The latest version of Sailfish OS is known as Sailfish X, which works on Sony Xperia X devices. Unfortunately, Sailfish OS is not open source and the free version is a time-limited trial.

The full version of Sailfish X will set you back around $ 50, and it’s only available in the European Union, Norway, and Switzerland. As stated on the site:

“… use of our website and services to purchase Sailfish X outside of authorized countries is prohibited.”

Simply described as “Debian for mobile”, Mobian is a Linux smartphone operating system that has been in development since 2020. It is available for phones and tablets, and there is also a version of x86-based devices, such as standard PCs, laptops, hybrids, and Windows tablets.

Mobian appears to be a solid Linux operating system for mobile phones, but if you don’t have a suitable device, consider an alternative.

Successor of webOS (one of the first Android and iOS challengers belonging to HP), LuneOS is based on Linux. Intended to work on Android phones, if the target hardware has a CyanogenMod or LineageOS ROM, LuneOS should work on the device.

Despite being in development since 2014, however, LuneOS remains in an alpha phase of development. It can be seen as frustrating. However, most of the effort for webOS is in the Smart TV sphere, so it seems unlikely that LuneOS will break through as a Linux phone distribution.

As of this writing, there are other notable Linux mobile projects in the works:

Potentially the most secure and private mobile platform to date, much of it relies on Librem 5 hardware, which includes kill switches for the camera, mic, and connectivity. This is probably why this Linux operating system for mobile devices has not been officially released for other hardware.

If you’re using a Linux phone distro and don’t like the way it looks, take a look at Plasma Mobile. Rather than a Linux-based mobile operating system, it is a desktop environment.

It is a smartphone-focused version of the popular Plasma, which is considered one of the best Linux desktop environments. The goal of Plasma Mobile is to become a “complete and open software system for mobile devices”.

You can run Plasma Mobile as an alternative desktop with postmarketOS, as well as dedicated mobile versions of Manjaro ARM and openSUSE.

PinePhone and postmarketOS devices can be used with Plasma Mobile. It will also work with x86_64 based phones and tablets, as well as in a virtual machine.

Perhaps the best thing about Project Plasma Mobile is that you can run desktop Plasma apps and widgets, as well as Ubuntu Touch apps. This gives the project a wider selection of applications than Ubuntu Touch.

Related: How the Librem 5 Impacted the Linux Desktop

Can you replace Android with Linux on a tablet?

Some of the devices that these Linux phone distributions run on are actually tablets. Most of these are Android tablets, although you can install Linux on a Windows tablet with Plasma Mobile.

As with different smartphones, you will need to check the compatibility of each Linux mobile operating system. While you can’t replace the Android operating system with Linux on most Android tablets, it’s worth investigating, just in case.

One thing you definitely can’t do, however, is install Linux on an iPad. Apple keeps its operating system and hardware firmly locked down, so there’s no possibility for Linux (or Android) here.

Your smartphone deserves it: replace Android with Linux

Surprisingly, there are five different versions of Linux that you can install on your mobile phone:

As people become more privacy conscious and demand more control over their phones, Linux for mobile devices will become more popular. Get a head start: If your phone supports Linux, find out how to replace Android with Linux today.

How to run Linux on Android devices

Want to run Linux on Android? Here are methods for unrooted and rooted devices to run a Linux desktop on your phone.